Today we Celebrate Mabel Palmer’s Birthday!, the “First Lady of Chiropractic”, and the “Sweetheart of the Profession”, and the National Women Chiropractors Appreciation Day. 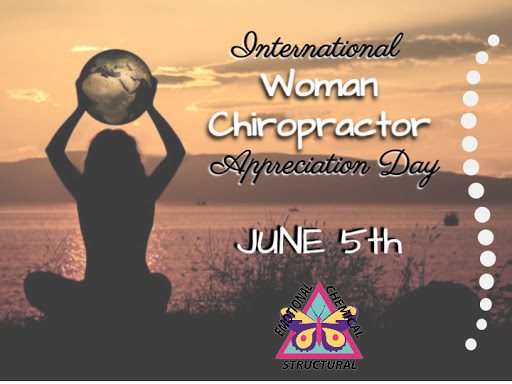 Today is Mabel Palmer’s Birthday! Mabel Heath Palmer was born on June 5th in Milan, Illinois. She was known as both the “First Lady of Chiropractic”, and the “Sweetheart of the Profession”. Therefore, June 5th marks the National Women Chiropractors Appreciation Day.

Mabel Heath Palmer, D.C., F.P.A.C. is much heralded in the chiropractic field. She was a leader and inspiration to female chiropractors, successfully combining her role as wife and mother with teaching at Palmer for more than four decades.

Mabel Heath Palmer, a pioneer graduate of the Palmer Institute and Chiropractic Infirmary in 1903, who later became an early faculty member of the Palmer School, married Bartlett Joshua Palmer in Davenport on April 30, 1904. Became a Doctor of Chiropractic in 1905. A recognized authority on anatomy and an instructor at the school for more than 35 years, Mabel Palmer was a close and valued adviser to her husband in all phases of the chiropractic profession. She was a popular lecturer throughout the chiropractic profession and became known as The First Lady of Chiropractic.

Mabel Palmer met B.J. Palmer, D.C., while she was an apprentice organist. They married in 1904.

Mabel Palmer had a tremendous impact on the development of chiropractic, especially in promoting the profession to women.

The chiropractic profession is currently made up of a majority of male practitioners, which is contrary to the percentage of chiropractic patients, typically estimated to be about 60% female. Every day, more women are studying and practicing Chiropractic.

The Chiropractic profession in the U.S. is becoming increasingly diverse with the inclusion of more female practitioners. The proportion of women in the profession has more than doubled compared to 1991.

Dr. Carolyn Gochee, a holistic chiropractor, chose to specialize in wellness. Specific aspects of her practice include: Sacro Occipital Technique (SOT)- Dr. Gochee is Advanced Certified and has over 500 hours of post-doctoral training. SOT(R) Methods practitioners recognize the important role of normal cranial function in health and disease. The cranial bones can cause problems in central nervous system that are often overlooked or ignored by most other chiropractors. Cranial adjustments help with ADD/ADHD, sinusitis, dyslexia, headaches, and many more. Dr. Gochee has taken hundreds of hours in Functional Medicine. This forward thinking of looking at a person’s labs or blood test. Dr. Gochee has spent many hours studying Functional Medicine and has developed a way to custom tailor your treatment. Many times, a patient will get labs results that are “normal,” which means there is no pathology or disease, but the patient still feels “off” or “not themselves.” Dr. Gochee can take a patient’s lab results, as incomplete as it might be, and find some serious, underlying problems that are being missed by many healthcare professionals. 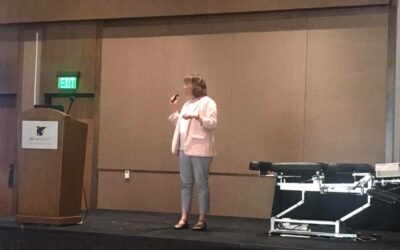 Look where Dr. Gochee will be next weekend. She has been invited to be a part of an awesome line up of doctors.
Dr. Gochee loves what she does and enjoys teaching others.

END_OF_DOCUMENT_TOKEN_TO_BE_REPLACED 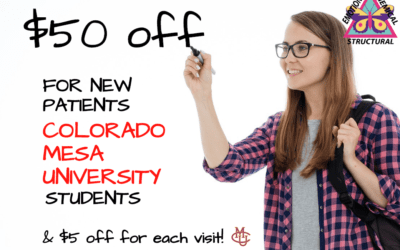 Get $50 off on your first Chiropractic visit to Dr. Gochee at Crossroads Wellness, just presenting your Colorado Mesa University student ID. Also, you will get $5 off on each visit.

END_OF_DOCUMENT_TOKEN_TO_BE_REPLACED 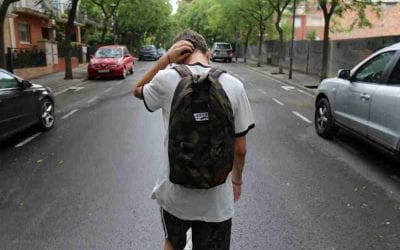 Back to School and Chiropractic

Kids are getting ready to go back to school.  Time to get all of their supplies: pens, pencils, calculators, book bags, etc.  You also want to make sure you get their spine checked too.  Kids take so many tumbles and falls, that they need to be check...

END_OF_DOCUMENT_TOKEN_TO_BE_REPLACED

My Personal Story on How Chiropractic Helped an Ovarian Cyst

Chiropractic can help with PMS.  It has been researched and I am a walking
testimony for its success.

END_OF_DOCUMENT_TOKEN_TO_BE_REPLACED

Are you one of those unfortunate women who once a month feels bloated, has cramps, back aches, migraines or any other symptoms associated with PMS?  Do you realize that chiropractic care can help alleviate these symptoms?...

END_OF_DOCUMENT_TOKEN_TO_BE_REPLACED

What is your health philosophy?

Today, there are two opposing healthcare philosophies becoming more visible. The first is allopathic medicine. This is a mechanistic approach to health in which the body is divided into different systems and a medical doctor who focuses solely on one system is...

END_OF_DOCUMENT_TOKEN_TO_BE_REPLACED

“It’s More Than Just an Adjustment”